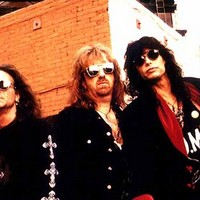 Foolin' with the bitch's brew
You know the things I told you not to do
You fell into the briar patch
Ain't nothin' gonna save ya
Remember the things you said
You savin the screams for (bed/bread??)
And now you just walk away
So take it and go all the way

Ah, you foolin' with the bitch's brew
That ain't the thing you outta fool . . .with
Now you keep your fingers out of there, honey
You no that ain't no . . fair(????)
Ther way that you read me
Because of the way you did
The way the witches (sight/side)
Oh the things that you fight (God)
https://www.coveralia.com/letras/b-----s-brew-aerosmith.php

I been thinkin' ran my hands through the sands of time
Yeah, and I been drinkin', just to make this here song rhyme.