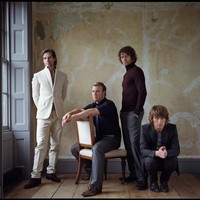 (Howard speaking)
The only that we can stop ourselves from going down, the only way we can be big, is to do everything. And we did.

(Mark speaking)
We've never sort of always gone out and said we need a certain image. We just go with the flow on that particular day. Everybody has their own sort of individual style.
https://www.coveralia.com/letras/let-s-do-it-again--interlude--take-that.php

(Gary speaking)
There's so many personalities in the band.

(Jason speaking)
We are under no illusions that it's a big call, this, that we're taking big risks. But, you know like Mark said at the start, we want people to get another chance, and it might be a wonderful thing. Just to create some nostalgia, whatever that's worth in people's lives, including our own. And we're gonna give it a shot, and it might be a bombing, who knows, but it worked the first time around. Let's see if we can do it again.