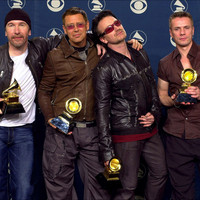 Where I came from there were no hills at all.
The land was flat, the highway straight and wide.
My brother and I would drive for hours.
Like we had years instead of days.
Our faces as pale as the dirty snow.

Once I knew there was a love divine.
Then came a time I thought it knew me not.
Who can forgive forgiveness where
Forgiveness is not.
Only the lamb as white as snow.

And the water, it was icy.
As it washed over me.
And the moon shone above me.
https://www.coveralia.com/letras/white-as-snow-u2.php

Now this dry ground it bears no fruit at all.
Only poppies laugh under the crescent moon.
The road refuses strangers.
The land the seeds we sow.
Where might we find the lamb as white as snow.